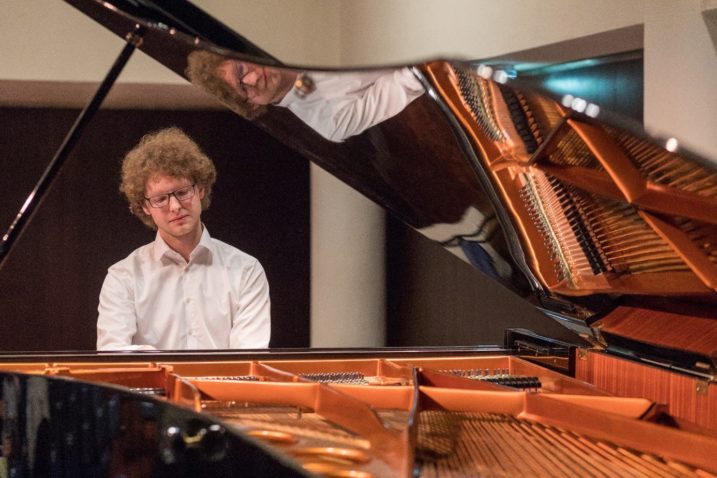 At night Robert several times got out of bed and wrote music on a theme which had been dictated to him in a vision by the spirits of Schubert and Mendelssohn and on which he wrote moving and gripping variations for me. (Clara Schumann)

The last evening of the Schumann cycle is devoted to the later days of his life. He began his last work, Theme and Variations in E-flat major – also called Ghost Variations on account of the letter quoted above – in the spring of 1854. Schumann had repeated mental health problems throughout his life. His sister Emilie was said to have suffered from “mental derangement” and committed suicide at the age of 19. Robert Schumann suffered from a manic-depressive disorder, which deteriorated as he grew older. The entry in his diary for 10 February reads: In the evening very strong and painful hearing disturbances, for 12 February: Even worse, but also wonderful, and for the next few days: wonderful suffering […] Towards the evening very strong (beautiful music). On 27 February he tried to take his own life by throwing himself into the River Rhine but was rescued. He spent the next day working on the Variations again. A short time later, for the safety of his wife and children, he had himself committed to the Endenich mental hospital near Bonn, where he died in 1856.