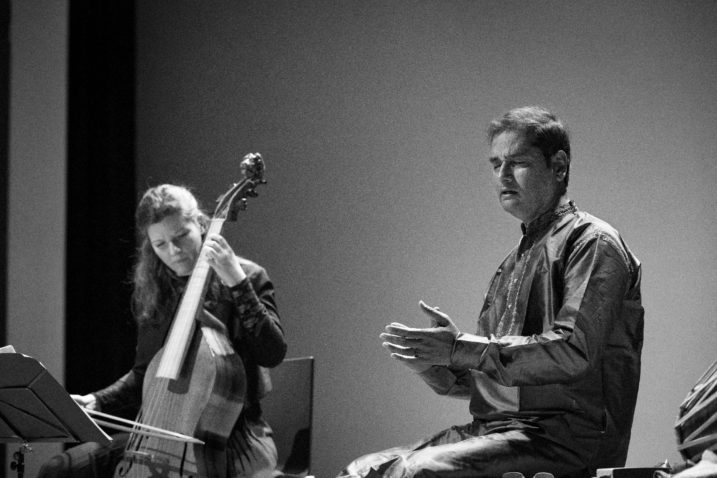 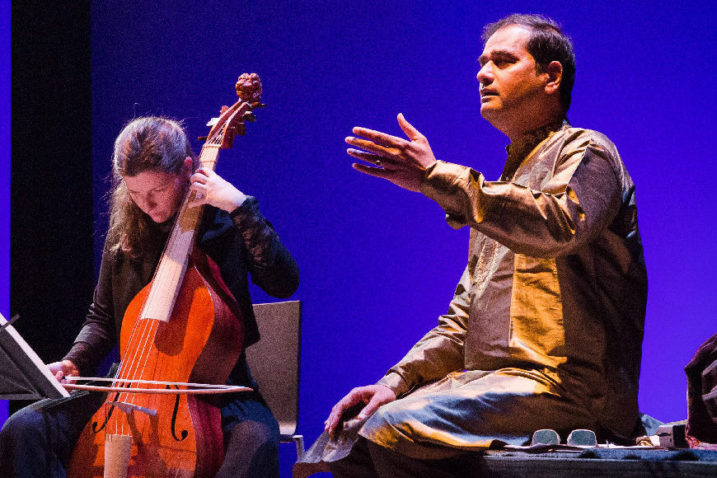 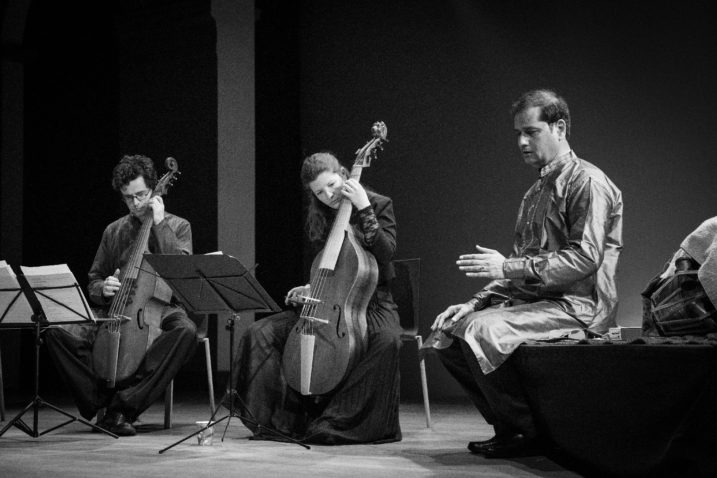 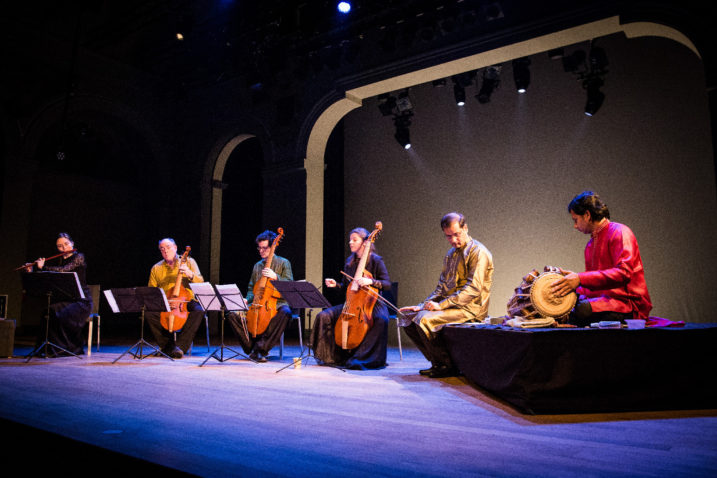 Dhrupad is one of the oldest and purest forms of North Indian classical music. The word is a compound of druva (Pole Star) and pada (word or verse) and means the unmoving word. It originated in the recitation of Sanskrit texts in Hindu temples over 2000 years ago. In the 16th century, Dhrupad was introduced to the Mughal courts of Rajasthan and developed into a highly esteemed classical style of music.

In Dhrupad Fantasia Romina Lischka, who completed a period of study of Dhrupad under Uday Bhawalkar, fulfils a long-standing dream: to connect two worlds. For her, the European counterpart to the Indian singing is the fantasia, the art of improvisation. Raga-based modal improvisations blend with polyphonic western music. In terms of sound, the Dhrupad develops via the viols, the instruments that most closely resemble the human voice.