It is with great sadness that we announce the sudden death of my husband, our father and grandfather Gerhard Crepaz.

As a pioneer in many areas of the performing arts, Gerhard Crepaz – together with his wife Maria – have had a formative influence on Austrian cultural life, above all as the artistic director of the Galerie St. Barbara, which he led to international prominence.

He was admired by many and feared by some for his uncompromising devotion to art and for his unconventional manner of communicating it. Gerhard Crepaz was a great enthusiast for the arts. In keeping with John Cage’s motto “Happy New Ears”, he worked tirelessly to whet people’s appetites for the unheard and unseen – whether as a music teacher, journalist, cultural mediator or artistic director of prestigious events and festivals.

As a journalist, Gerhard Crepaz worked for the ORF, RAI Bozen, Bayerischer Rundfunk, Deutschlandfunk, and the newspapers,  Tiroler Tageszeitung, Salzburger Nachrichten, Der Standard and various international journals. He created numerous programmes for Ö1 the classical music channel of the ORF: “Musik hören – Musik verstehen”, “Österreichische Musikgalerie” and the series “Wege zur Neuen Musik”, which were broadcast with great success and instilled enthusiasm for contemporary music in several generations. In 1974, he supported the composer Joseph Anton Riedl in establishing the Kulturforum Bonn Center.

As well as all these activities, the “cultural animator” – as he jokingly called himself – worked tirelessly to transform the province of Tyrol into a land of culture and vision. For him, an open mind was not a question of such distinctions as province or big city.

Generations of young enthusiasts for the arts have been influenced by his work and encouraged to pursue their own artistic endeavours. As a programme maker and organiser, he was an early advocate of encounters between cultures, with formats such as the “Randfeste” (Fringe Festivals, 1972, 1974) and with the founding of “Musik der Religionen” (Music of the Religions), now the “Osterfestival Tirol” (Tyrol Easter Festival) in 1989. From 1992 to 1995 Gerhard Crepaz initiated the first contemporary dance festival in Tyrol in the form of “Tanz.Theater.Tanz”. He was also committed to collaborations among local cultural initiatives – among other things, as co-founder of the Tiroler Kulturinitiativen / TKI and as a friend and mentor to many creative artists. Gerhard Crepaz was convinced of the power of the utopia of art. He was a man who made the world a better place.

His pioneering work in Tyrol often involved a struggle against resistance, but his work also finally met with official recognition: he was awarded the title of professor by the Austrian Federal President, the Austrian Art Prize for Music (together with Maria Crepaz), an honorary fellowship of the Leopold Francis University of Innsbruck, and the Medal of Honour of the City of Hall.

His razor-sharp observations, his almost childlike joy in and with his fellow human beings, his radiance, his imagination, his passion and his vital presence in music and in his family – these are among the things we will miss.

Maria, Christoph, Hannah, Lukas and Sarah with their families

From Friday, 3rd December (from 5 p.m.) to Sunday evening, 5th December, there will be an opportunity to say goodbye in the chapel of interment at Hall Cemetery.

The date for the memorial service and urn interment will be announced at a later date due to the current lockdown. 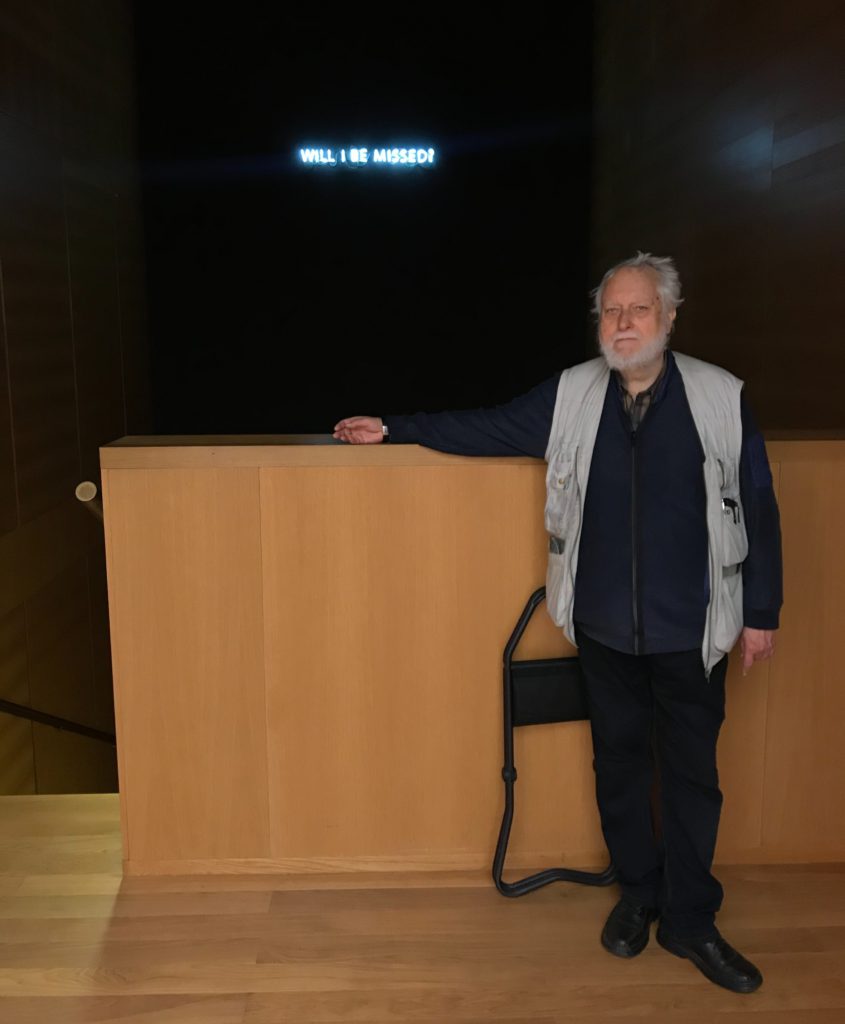